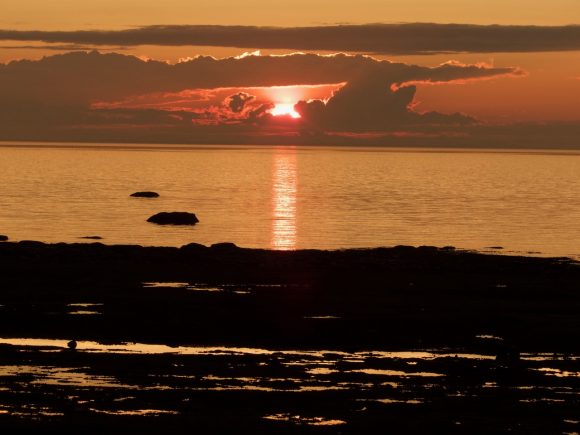 This is the 5th installment of Kevin and Janie Justis‘ ‘Summer of 2017’s Grand RVing Tour of Canada’s Maritime Provinces.’

“The sun has set on our very pleasant and memorable time of almost two weeks on the Gaspe Peninsula,” writes Kevin Justis of Rio Rico, Az.

“We have talked about doing this for over 40 years and it did live up to expectations.  The scenery, people,  weather and the beer were great.  A super bonus was that Janie picked up 10 new life birds while there, mostly out toward Land’s End.

The Justis’ are moving on to Prince Edward Island. “It will be hard to beat The Gaspe,” said Kevin.