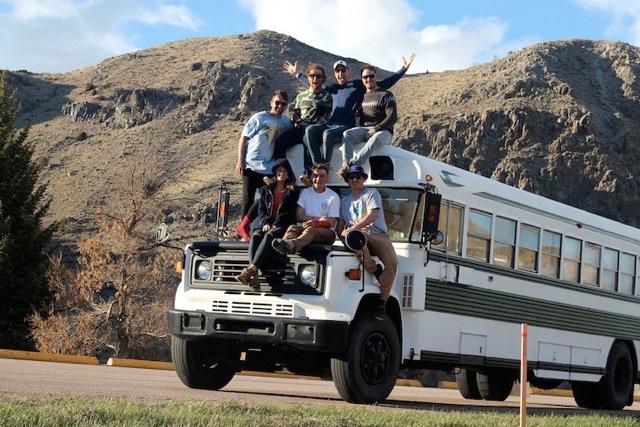 This is a great story about how six young Australians “threw caution to the wind, and made a remarkable choice to experience a once-in-a-lifetime adventure,” according to an article on Do It Yourself RV. 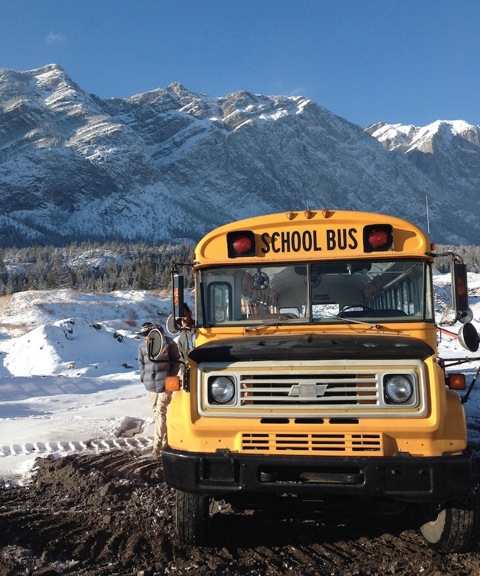 It seems the friends quit their jobs in Australia, moved to Canada, found a 1986 Chevy Bluebird school bus, and, while working at a ski resort in Banff, Alberta, transformed the bus into a “skoolie” (school bus-turned-RV) over three months. Then in the summer of 2014, they toured the United States.

They dubbed their skoolie the Spruce Moose, after Howard Hughes’ mammoth wooden airplane, the Spruce Goose.

It’s reported that the group purchased the bus for $3,500 CAD and the total conversion cost another $10,000 CAD.

According to one of the members in a post on Reddit: The renovation cost covers “absolutely everything including chairs, plates, knives and forks etc. The big ticket items were the fridge ($1,500), mattresses and couch foam ($1,100). Everything else like timber, power tools etc. just adds up. Would definitely have been cheaper if we had a shop to build in. Couple of costs that aren’t pictured are the toilet (just a portable RV toilet  with detachable tank) and water pump for sink.” 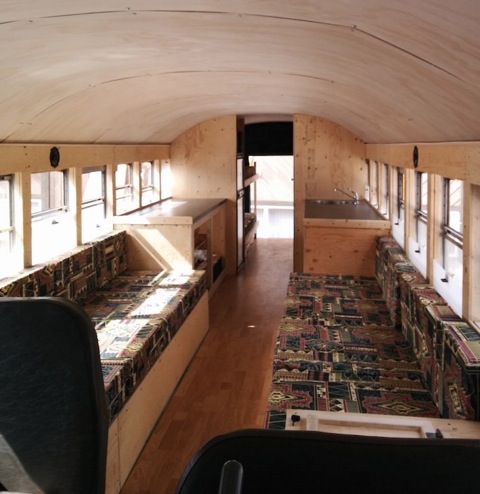 Was it cost effective?

“In short, yes,” continued the young RVer. “There’s no way in hell six 20-somethings like us could travel for this long in the US just driving and staying in hotels and we saved up for over a year just for this trip. The 6 of us own it equally so the initial outlay was large but doable.”

“We bought a National Parks pass for $80 for the year, which gives us free access to hundreds of parks in the US so we’ve used that multiple times. Most RV parks we’ve come across in the South were around $30 per night ($5 each per night!) and include showers, toilets, water etc. The most expensive we’ve stayed at is our destination in DC at $90 per night, and the cheapest we’ve come across was $15!”

To read the complete article and see a dozen more images, click here on Do It Yourself RV.

Photos: (Top) By the time the Spruce Moose got to Montana, a couple more friends had joined them. (Middle) The 1986 Chevy Bluebird school bus before conversion. (Bottom) Interior “view from the front looking back. Couches (also act as 5th and 6th beds), kitchen benches and the dividing walls. The door opposite the fridge is a cupboard for storage and our emergency toilet.” (Courtesy mooseryders)