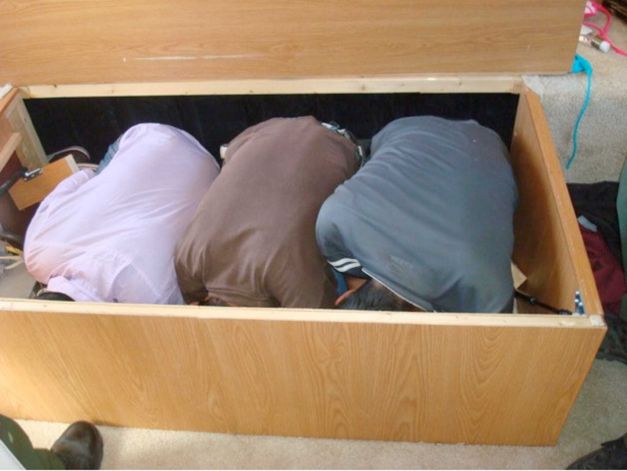 One young couple entering the USA from Mexico decided to neatly pack that storage compartment under the bed of their recreation vehicle with three illegal immigrants.

Border Patrol officials say the three adult Mexican immigrants were found at a checkpoint near San Diego on the California-Mexico border after a Border Patrol dog alerted them that something was amiss about the RV. The motor home’s male driver, 23, and female passenger, 18, also were arrested.