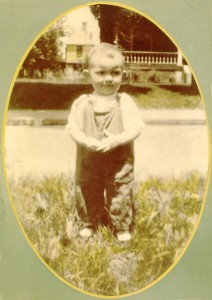 Woke up thinking of my mother this morning. This Tribute was originally posted in 2013. Still miss you Mom.

Today is the birth date of Mary Frances East Grandin. Born on March 19, 1921, to Pearl Sayre and Clyde East, both journalists with the Charleston (W.Va.) Gazette. Mary Frances went on to be a star basketball player, drama club president, editor of the newspaper, and valedictorian at South Charleston High School.

Like all of her generation, she was born into the ‘flapper’ era, grew up during the Depression and reached her majority in the early years of World War II.

Because of the timing of her birth and world events, she was forced (as were many women of her time) to give up her own life and career dreams. She worked at jobs below her potential instead of attending college, or in my mother’s case, drama school in New York City.

By the end of the War, Mary Frances was married to James Franklin Grandin.  She gave birth to three daughters: Josam, Nancy Jean and Julianne. In the mid-50s the Grandin clan moved to Niagara Falls, N.Y., because of Dad’s construction work. It was in the late 1950s that they decided to take a huge gamble and move the family West for better job opportunities.

After selling their modest track home for $5,500, they bought a 35-foot travel trailer, packed in all our remaining belongings (including all of Dad’s heavy construction tools) and followed their dreams and Route 66 cross-country to the Golden State.

Originally, their extremely over-loaded trailer was heading for San Diego, but, the under-powered family station wagon gave out near the orange groves of San Bernardino. “Well,” said Mom, “at least we made it to California.”

And there the family stayed, Dad working as an electrician and Mom as a transcriber for court reporters. Mother passed years before her time in 1983.  Her name never appeared on a Broadway marque, however, she was a star to her family. My sisters and I knew what she sacrificed for us. She remained brilliant, could spell anything, and was always my best editor.

“She was a hard act to follow and a great role model of a strong woman with character and integrity,” adds daughter Josam Grandin Bullock.