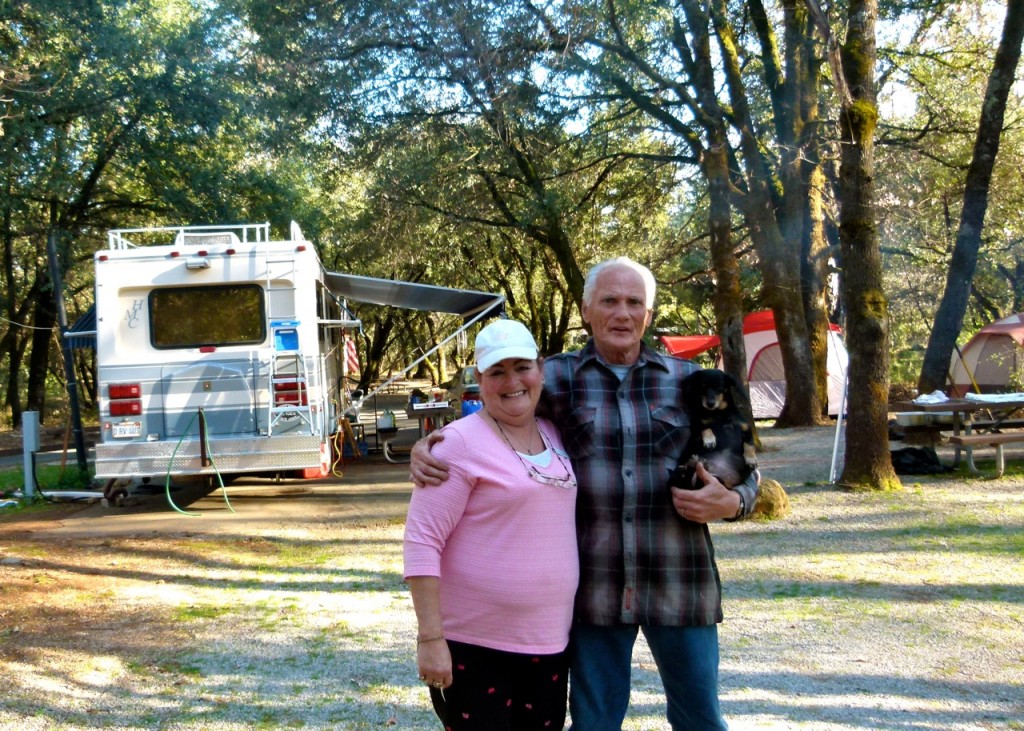 If you are traveling through northern California this camping season and you stop off at the USFS Antlers Campground, it’s likely you’ll run into camp hosts Debbie and Dale Younger. (Yes, Dale’s side of the family are distant relatives of The Youngers–Cole, Jim, John and Bob Younger–the notorious outlaws of Civil War-Reconstruction era Missouri.) 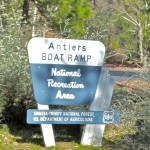 This is Dale and Debbie’s second year at Antlers Campground where they take up residence in late March and stay through the second week of November.  To keep them company, they bring their two pet companions: Baby Girl, a dachshund, and Joey, a rescue Shih Tzu.

The Youngers of Redding, Calif., work for Shasta Recreation Company, a concessioner of the National Park Service and a part of The California Parks Company.

During the regular camping season, Memorial Day through Labor Day, Debbie participates in nature talks about wildlife and plants in the forest. “It’s really a lot of fun for the kids and very informative for the adults,” she said.