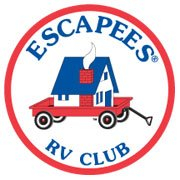 I love our nation’s public lands and camp on them often. I want them to remain public and open to all to use and not sold off to speculators. According to the Escapees RV Club, there is a bill making its way through Congress that is destined to do just that.

According to an email from Jim Koca, Advocacy Director for the Escapees RV Club:

“Last year you were alerted to a House bill that would have increased the fees collected for most of the public land controlled by the Forest Service and the Bureau of Land Management. Fortunately, this bill was not acted upon.

“Information has now been received of a draft bill, the “Federal Lands Recreation Enhancement Modernization Act of 2015”, to privatize even more publicly owned land by the increased use of concessionaires or selling the land to private ownership.

“A hearing was held earlier and now the hearing record is open for public written testimony until November 6, 2015. The proposed bill will increase day use and permit fees.

“Now is the time to contact the chair and the ranking member on the House Committee on Natural Resources via their staff members. Please send an email that is short and polite commenting on your experiences using public lands. Specify that your comment should be included in the record of the October 28 hearing.

Emails should go to:

Thank you for your assistance in contacting these Representatives.