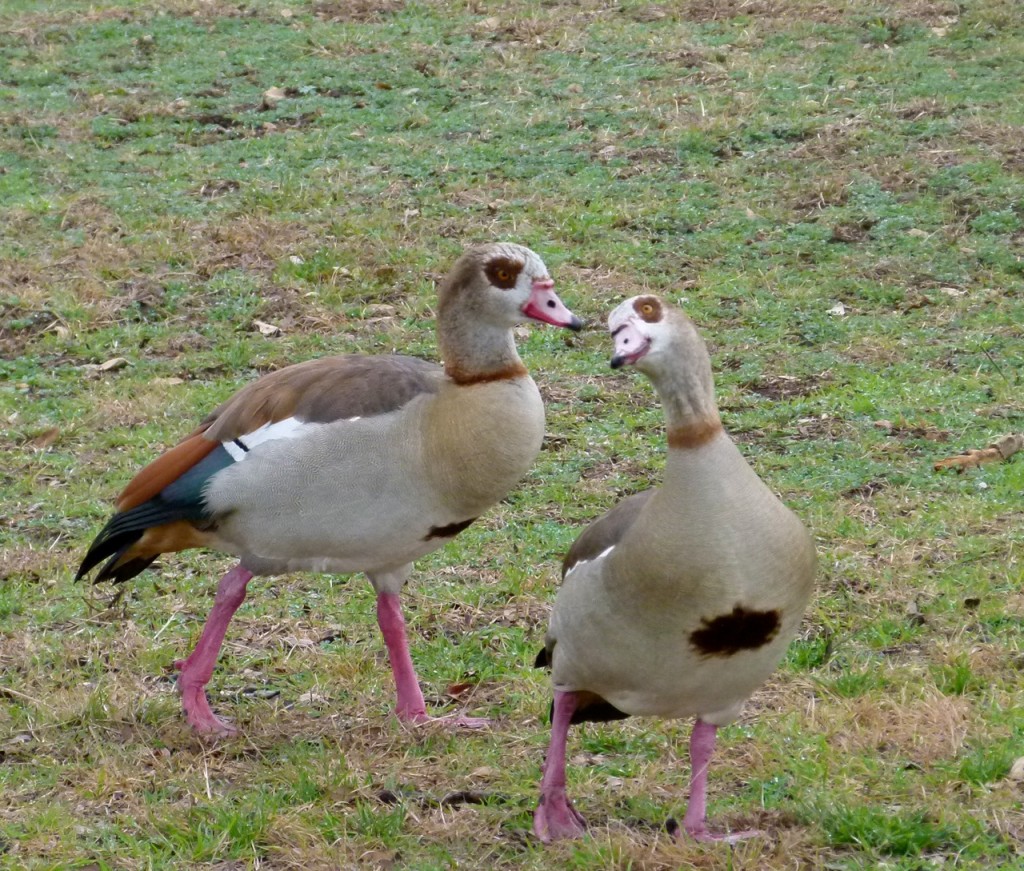 Egyptian geese are not frequently seen hanging out in the Hill Country of Texas, although they are known to be found worldwide.

They are in the family Anatidae and primary live throughout much of Africa, mostly south of the Sahara and in the Nile Valley.

They prefer wetlands in open areas, so, the Corps of Engineers’ Potter’s Creek Campground on Canyon Lake suits this feral pair just fine.

Both sexes look alike, although females are often slightly smaller than the average 27-inch males. 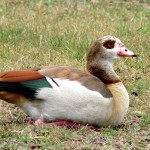 They are quite exotic looking and attractively marked. Their wings include brown, grey-green and white plumage. The distinctive white wing-coverts are revealed in flight. They have pale heads and underparts, dark chest and eye patches and pink legs. (Click on photos to enlarge.)

Canyon Lake sits in the Hill Country of Texas, west of I-35 about midway between Austin and San Antonio.