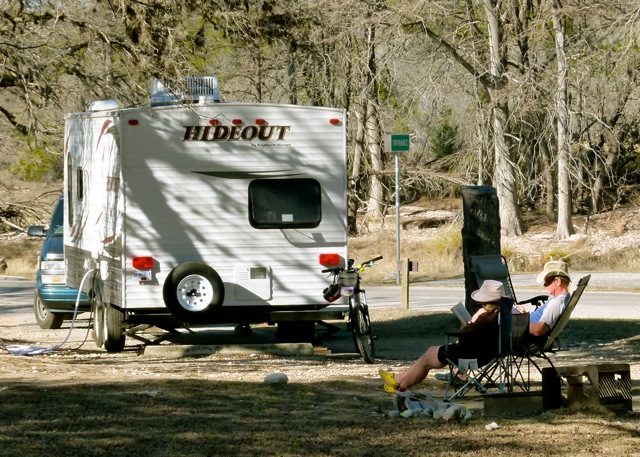 Bob and Ellen Rogers of Vancouver, British Columbia, were first spotted leaning back in their camp chairs reading and soaking up the warm Texas afternoon sun at Garner State Park. 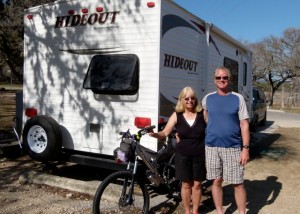 They are slowly meandering north, now into the final leg of their winter escape from the cold back home. They’ve been out for several months, exploring the western U.S.A.

Recently retired (he: engineer; she: teacher), the couple wanted an RV small and light enough to be towed by their six-cylinder Chevy Astro Van.

They settled on a 2010 19-foot Keystone Hideout travel trailer weighing in at 4,100 pounds.

“We’re often the slowest ones on the road,” said Bob, “but, that’s okay, as long as we get home before our health insurance expires.”