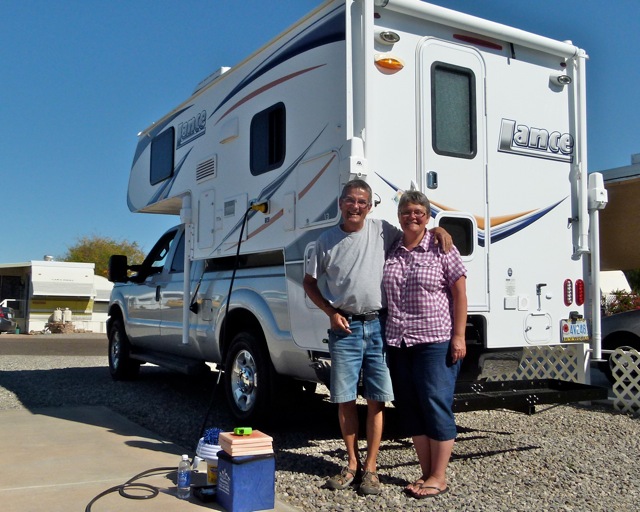 The last time we saw Ann Hutchinson and Wayne Robertson they were packing their traveling rig — a brand new 2014 Lance Camper that sits on their 2012 Ford F250.

That was toward the end of March, just one day before they were leaving Yuma for their “little place” on Dunlop Lake, Ontario, Canada. (More about that later.)

Both Ann and Wayne were in the Canadian Military. Ann for 15 years and Wayne for  24 years.  After the military, Ann opened a trucking company which she sold in February 2014. “Wayne took a position in the same trade as a civilian working for the department of national defence and retired from that in May 2013.”

On the road Snowbirding in Fall 2013

Ann and Wayne are new at being RV Snowbirds.  In November 2013 they purchased their 2012 28-foot Rockwood Signature Ultra Lite Series 5th wheel trailer, which they now store for six months each year in Yuma.

“We decided to split our time based on weather and by some of things we wanted to see,” said Ann. Their first season out, they spent all their time traveling and deciding where they wanted to park for their second season.

“We put on over 14,000 miles,” said Ann. “It was awesome. We started in Foley, Ala., then Livingston, Tex., on to Deming, NM, then a couple of months in Yuma, Ariz. We spent a week in Quartzite for the Big Show. When we started our trek home we drove west, then headed north until we crossed into Canada at Aldergrove, BC. We then headed east across Canada. It truly was an amazing trip.”

About that ‘little place’ on Dunlop Lake, Ontario, Canada 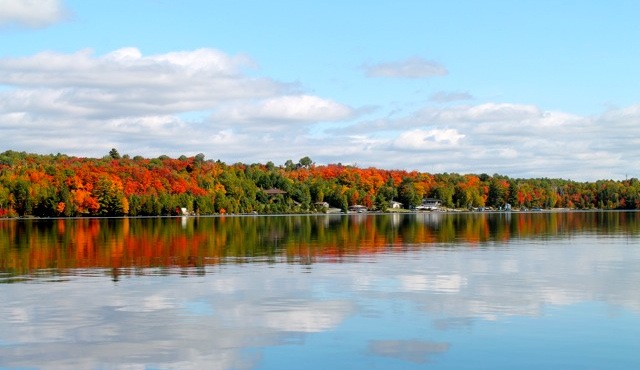 “There are no roads to get to our home we must access by boat in the summer and by snowmobile in the winter,”  said Ann.

“It was originally 6.1 miles by boat. Recently, however,  a small dock was put in across the lake which has shortened the trip by 20 minutes.” They currently have three modes of water transportation–an 18-foot pontoon boat, an 8-foot inflatable zodiac and a 16-foot canoe. 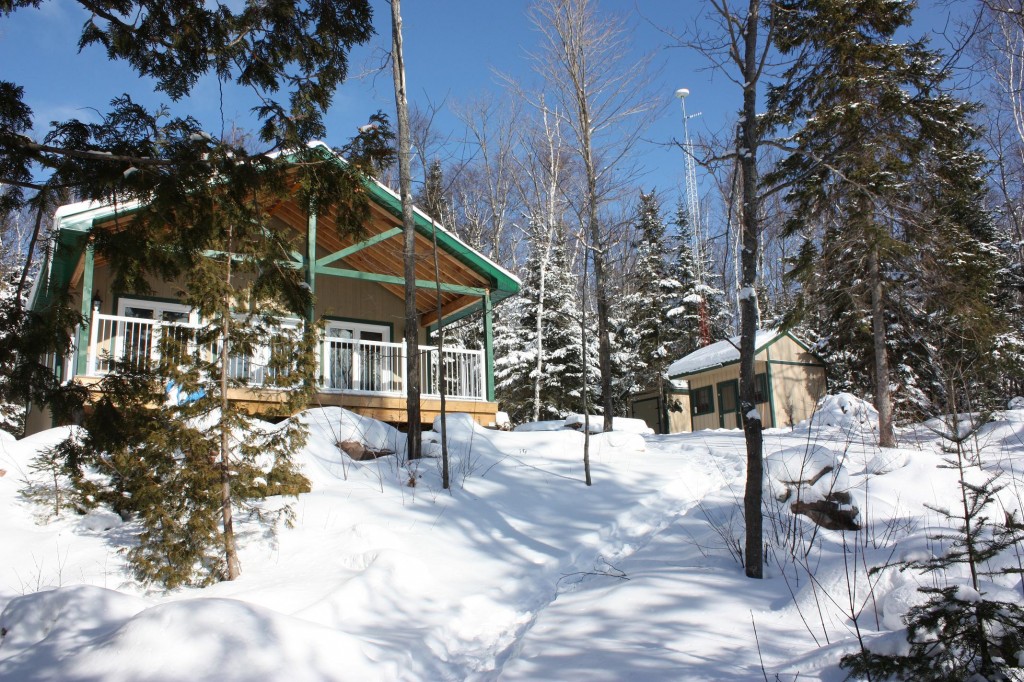 “We live totally off the grid, we have a full solar system that works like a charm. We heat with a wood cook stove and we also have a solar hot water heater.”

They have traveled the world with their military careers. “Now we travel on our own time in our RVs. We plan to see and do as much as possible,” said Ann.

“Anywhere we are together is amazing regardless of location,” said Ann. “We enjoy spending all our time together as we are best friends as well as husband and wife–we have been together since May 1994.”

“We never take anytime for granted. Ever.”