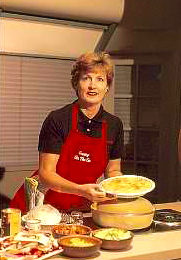 Longtime cook, traveler, boater and RVer Janet Groene offers recipes, tips and techniques to help you prepare healthy meals within the confines of a small space.

Janet said: “I have lived for months at a time with no oven in remote areas where I had to bake bread, cakes, pies and everything else on a two-burner stove. I never had a stovetop oven, preferring instead to use a skillet or pressure cooker. You’ll need a heavy skillet with a tight lid for baking evenly atop the camp stove.” 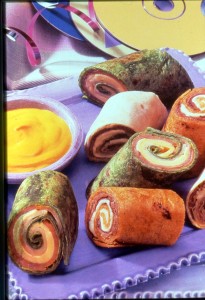 In a recent posting on her blog, Camp and RV Cook, Janet wrote: “Campground potlucks call for affordable, eye-popping dishes.”

Then she offers up a recipe for ‘Tortilla Spirals’ using veggie tortillas in different colors.

Also check out a four-part series on: “Cooking in an RV Kitchen” featuring Janet Groene, The Cooking Ladies and Evanne Schmarder.