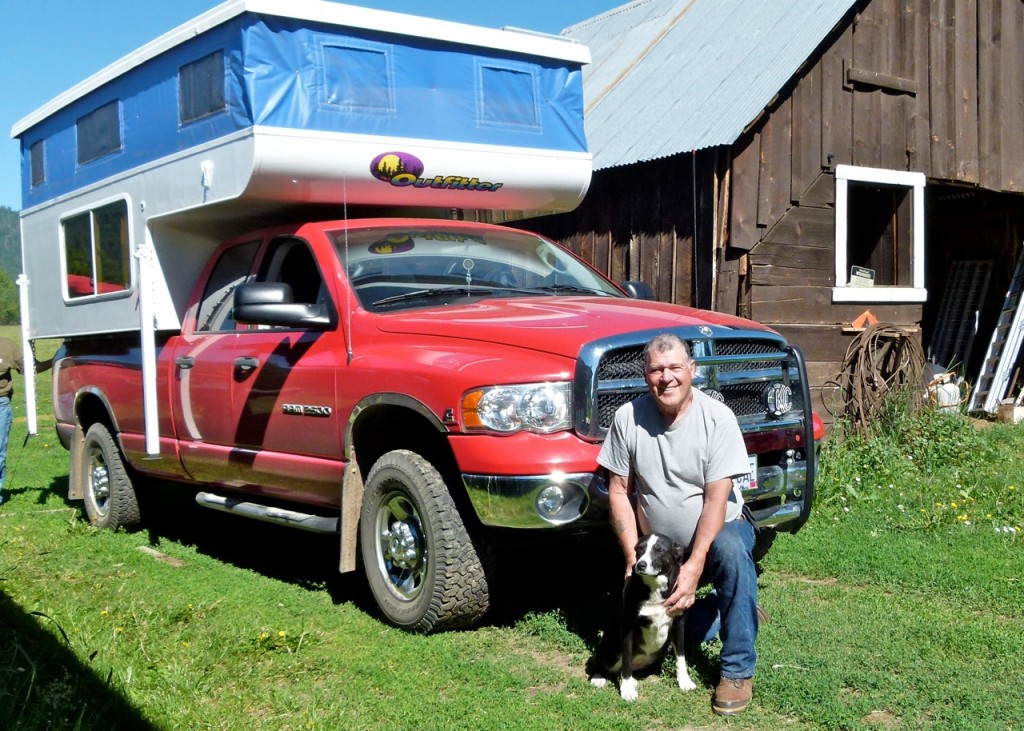 For solo RVers, two top selling points of the pop-up truck camper include the compact size and low-profile streamlined design.

The rugged 2012 8-foot Outfitter  Caribou got the attention of outdoorsman  Butch Michaelsen from Halfway, Ore.

“There is less wind drag than a standard truck camper and they weigh less,” said the retired truck driver. “All that helps on fuel mileage” which translates to fewer stops at the service station.

The Caribou’s dry weight is a touch over 1,000 pounds and sits comfortably on Michaelsen’s 2005 Dodge Ram 2500 4WD. Michaelsen likes the roomy interior and said in a pinch, he still has enough space to fix a sandwich and eat it at the dinette without needing to raise the camper’s top.

An avid sportsman, the bachelor frequently heads down the back roads with his part-Border Collie, Rip.  “We take off hunting, fishing or just roaming around old ghost towns.”

During the snowy winter months, Michaelsen heads for nearby Cornucopia Peak and other favorite snowmobile locations in the Wallowa Mountains and Oregon’s Eagle Cap Wilderness. 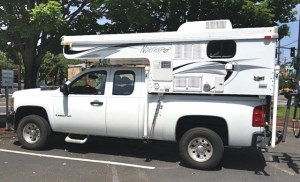 Full-time RVer Joyce Caudell appreciates the ease of handling and maneuverability of her 2013 Northstar TC650 and Chevy Silverado 2500 ¾-ton short bed pickup combination. (Top down on right, top up pictured below.)

“The low profile helps in winds and minimizes whiplash when I’m behind big rigs,” said Caudell who also owns a 2012 26-foot travel trailer. There is less “rocking and rolling” motion than with a standard truck camper. 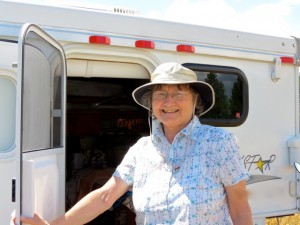 Caudell’s 6-foot 8-inch slide-in camper has a dry weight of approximately 1,350 pounds and wet weight of around 2,175 pounds. Her add-ons include rooftop air conditioner and remote controlled electric Happijac camper lifts that make “raising and lowering the roof a breeze.”