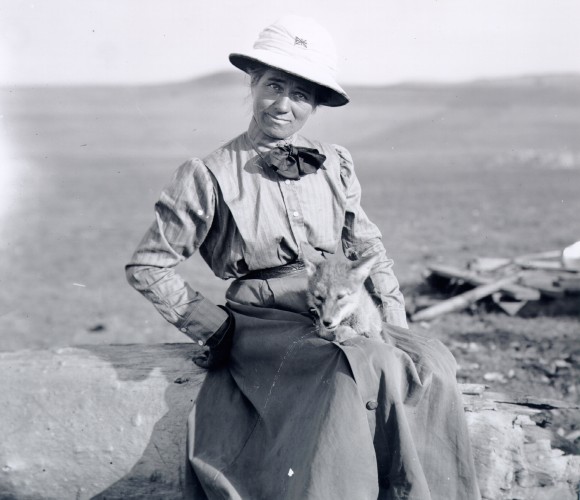 In honor of National Women’s History Month,  I want to highlight Evelyn Jephson Cameron, an amazing woman–one of the thousands of brave and sturdy women who immigrated from Europe in the closing years of the 19th century to help ‘homestead’ the West.

It is said that after Ewen and Evelyn Cameron’s attempt to raise polo ponies “failed miserably,” she took to photography as a way to earn money in order to help the family survive in eastern Montana.

“To take her pictures, she often rode horseback for 50 miles or more and frequently climbed precipitous mountains on foot with her heavy camera equipment strapped to her back.”

Because of her 35 years of diaries and thousands of photographs, there is a detailed chronicle of life on the high prairie of Montana at the turn of the 20th century.

– For RV Parks near the  Evelyn Cameron Heritage in the Terry, Montana, area — Click Here