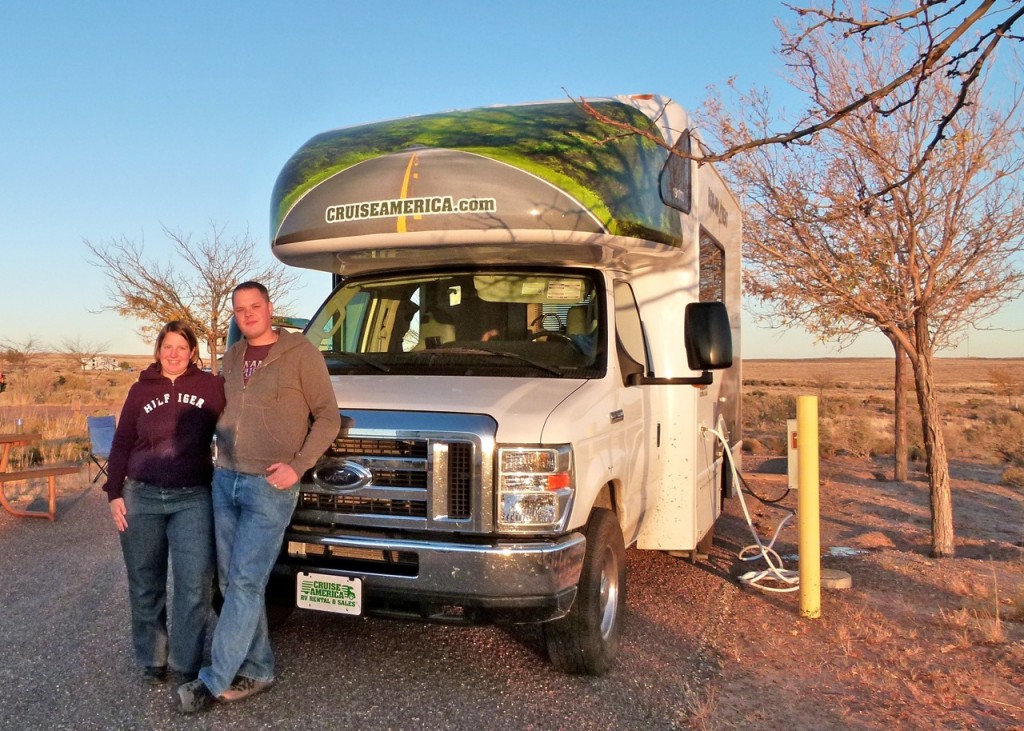 A large segment of USA recreation vehicle renters are from other countries.

More than 50-percent of El Monte RV’s business are foreign travelers, according to Joe Laing, the nationwide company’s director of marketing.

Visitors from overseas, Canada and Mexico find that renting an RV allows them the freedom to set their own pace and see what they want, when they want.

Martin and Samantha Weiss of Basel, Switzerland, set aside three months to traverse thousands of miles crisscrossing North America by automobile and RV. The 30-something couple opted to travel by rental car from New York City, through the Midwest, into western Canada, and down the Oregon Coast.

In San Francisco they picked up a Cruise America 21-foot class C compact motor home. They wanted to see a number of the America West’s vast national parks and because of lack of traditional accommodations in and around the parks, they felt an RV with its onboard sleeping and kitchen facilities would be their best choice.

For three weeks they toured Yosemite, Zion, Bryce, Canyonlands, Arches, Mesa Verde, and Grand Canyon national parks, before dropping off their rig in Albuquerque, N.M. There they picked up another rental car for the final leg of their tour to Miami and return fight to Switzerland.