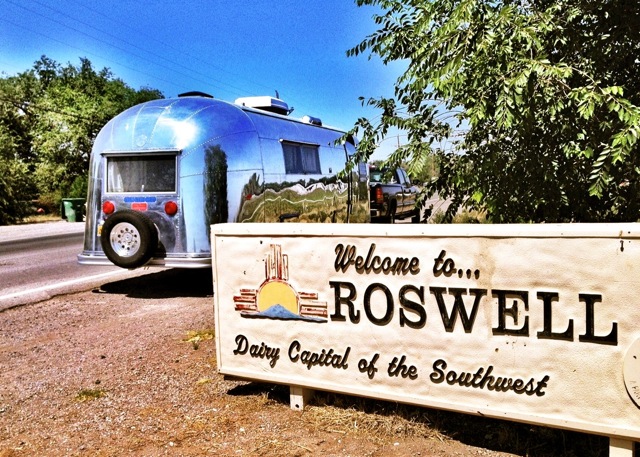 “It adopts you into a family of fellow trailerites whose love of aluminum shares a common bond,” says Tim Shephard. “It’s like joining a culture.”

Individuals who commit to refurbishing a decades-old Airstream are paying homage to an American icon and often say they dream of simpler times from a lost era. “They remember seeing Airstreams in their childhood many years ago,” says Shephard, “and, owning one, no matter the age or condition, seems to satisfy a calling from within.” 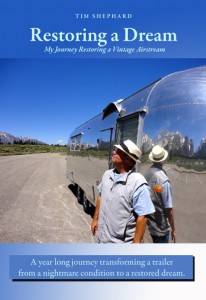 In 2013, Shephard published how-to memoir, “Restoring a Dream: My Journey Restoring a Vintage Airstream” (restoringadream.com), offers a unique twist on a classic trailer restoration tale. Along the way, he reveals his personal transformation from tent camping in the California redwoods to rebuilding two classic vintage Airstreams.

“I did not really camp as a child,” recalls Shephard. “After I was married, a friend of mine asked my wife and I to go camping with them. They were in a popup trailer and we were in a tent.” That helped jump-started us into camping and wanting a trailer.”

In ‘Restoring a Dream’ Part 2, Tim Shephard talks about “Deciding to buy a vintage Airstream.”

In ‘Restoring a Dream’ Part 3, Shephard shares valuable information on the four steps-Choosing, Inspecting, Recovering, Restoring-he followed in transforming an Airstream nightmare into a classic icon.

Photo: Tim Shepard’s restored 1960 Ambassador Airstream stops just outside of Roswell, NM on a trip to visit the International UFO Museum. Roswell has a unique downtown with alien-headed streetlights and a McDonalds with a spaceship crashed into the side of the restaurant. (Photo courtesy Tim Shephard)