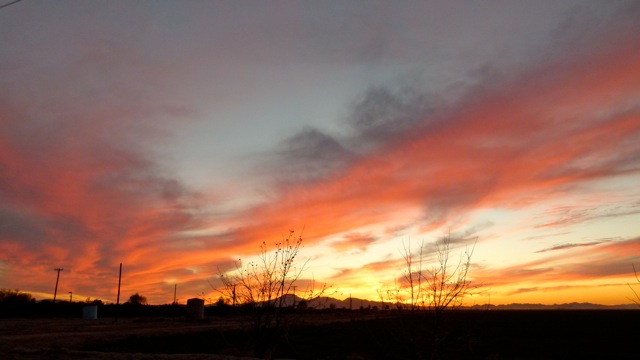 After just one night at Patagonia Lake State Park we headed north and east back to the Escapees’ RoVer’s Roost RV Park near Casa Grande, Arizona. We spent the first night in boondocking; and were blessed with a site with hookups on Monday.

Blessed because night temperatures were falling and a storm was due to hit the region as early as Tuesday afternoon. The approaching front made for a breathtaking sunset on Monday night. By Wednesday the windsock was running straight out and rain was drenching the valley, with snow reported in Phoenix. 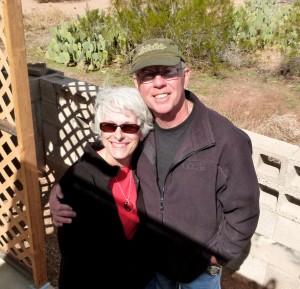 Longtime RV friends Thom and Dar Hoch arrived the first part of the week, also looking for a safe harbor from the approaching storm. (Check out their on-going RV Sabbatical Journal.)

Thom and Dar were among the first full-time RVers Jimmy and I met when we started RVing in autumn 2009. That was in Zion National Park where we were introduced by another full-time friend, Michael Fousie who was a campground host. Thanks to the magic and ease of the internet, we are able to keep in touch with these vagabond friends.