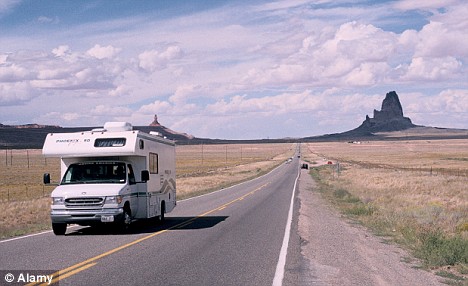 I love reading road stories of the United States written by visitors from other countries.

One such story was penned by Helen Morgan and appeared recently in the London (UK) Daily Mail.

Inspired by John Steinbeck’s “Travels With Charley,” Morgan and her traveling companion rented a class C motorhome and traveled around the natural wonders of four adjoining states: California, Arizona, Utah and Nevada.

“Steinbeck gave his (camper truck) a romantic name: Rocinante – Don Quixote’s horse,” writes Morgan. “Ours had the rather more prosaic Cruise America logo on the side. It felt pretty uncool. And we weren’t allowed to forget our status either, as there were hundreds of us on the highways, waving at each other like members of a bizarre motoring club.”

Read her other observations here.