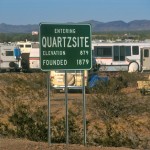 Editor’s note: This series first appeared two years ago.  All information has been updated for 2016.

Over the past four decades, Quartzsite, Ariz., a former gold mining town in the Mohave Desert, has evolved into the unofficial RV snowbird capital of the southwest. It sits at the crossroads of Interstate 10 and U.S. 95, about 125 miles west of Phoenix and 17 miles east of the Colorado River.

During the winter months, Quartzsite, usually a little over 3,000 souls, swells temporarily to the third largest city in Arizona when tens of thousands of RVers roll into the area and temporarily camp at local RV parks or in adjacent Bureau of Land Management Long Term Visitor Areas. 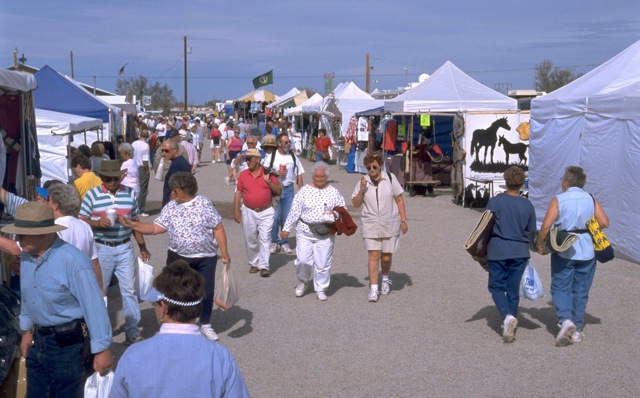 “People around town estimate there are about one million winter visitors,” said Kym Scott, president of Tyson Wells Enterprises.

“The surge of RVers is a very welcomed sight because snowbirds account for 80 percent of the town’s business.”

Scott calculates that during January and February, more than 300,000 visitors shop the 860 stalls at the Tyson Wells Rock and Gem Show in early January; Sell-A-Rama, in mid-January; and the Arts and Crafts Fair, the first week in February. 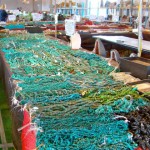 For the next post on Quartszite, click on: ‘The Big Tent’ Quartzsite Sports, Vacation and RV Show.