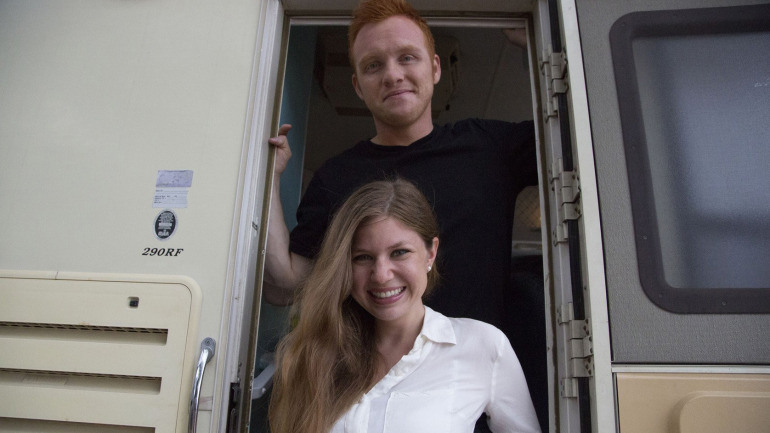 Newlyweds Alyssa and Heath Padgett of Texas wanted to have a “grand adventure and figure out where we wanted to live. We figured why don’t we just do all of it at once?”

“The couple says their plan quickly escalated from ‘let’s just move to California’ to ‘let’s make a documentary about finding meaning in your work,’ an issue with which they both were struggling,” according to an item aired on Cable News Network.

“With a Wi-Fi router and a new video camera in tow, ‘Hourly America,’ was born, where (Heath) spends one day shadowing an hourly worker in each state, whether working at a yoga studio in Connecticut, a farm in Wisconsin or a bakery in Wyoming.”

To read the full report, click on ‘Newlyweds travel to all 50 states, work 50 jobs.’

Photo: Alyssa and Heath Padgett found and bought their RV, which they fondly named “Franklin,” on Craigslist. (CNN)