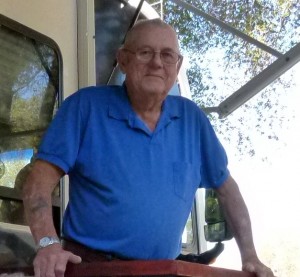 Another gentle man has passed from this world.  Ken Bixler made his transition early Saturday morning, 12/22/12, at the VA Medical Center in Fresno, Calif.

Ken and his dear wife, Jean, were married more than four decades. A second marriage for both, their blended family included five children, 11 grandchildren and eight great-grandchildren.

We met the Bixlers a little more than a year ago when we first discovered SKP Park of the Sierras in the foothills of the Sierra Nevada Mountains.

They were pioneering members of Park Sierra, helping to build it more than 20 years ago. When Jimmy and I joined the park this past spring, we were delighted to learn we would be their next-door neighbors.

To read more about Ken and Jean, click here for an article I wrote about them last year.

Ken was 83, had served in both the Navy and Army, and will be dearly missed.