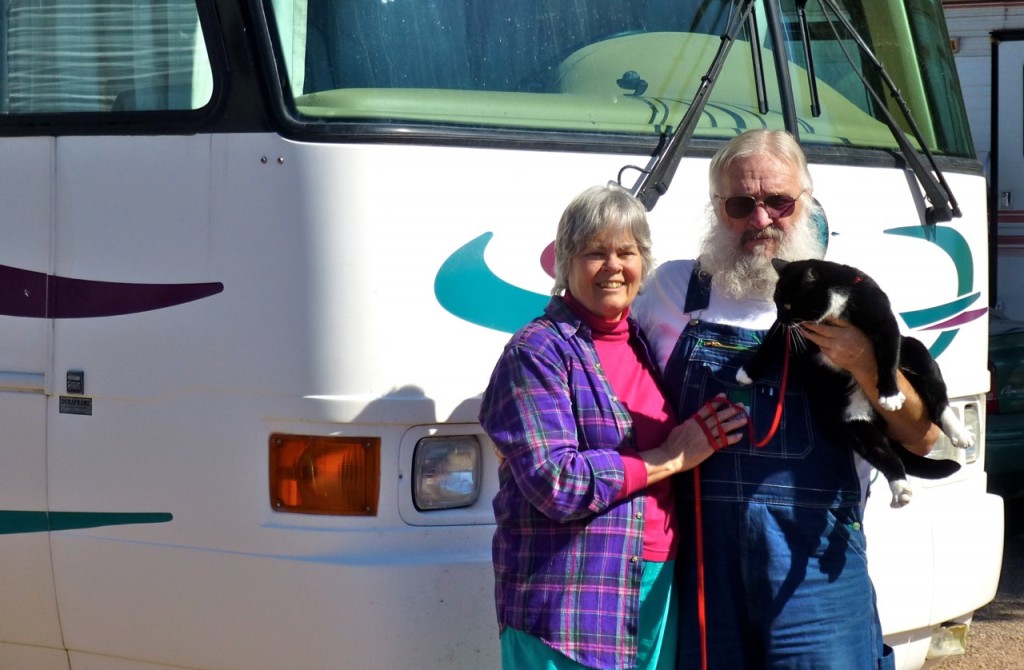 Oregon couple Barbara Summer and Ron Tyrrell have taken to the RV lifestyle in a big way.

Last autumn they purchased a 1999 36-foot Tradewinds class A motor home with the intention of only going out for a couple of months, now more than four months later, they don’t plan to be back home in Forest Grove before April.

Being on the road rekindled their early love of camping when they explored the Pacific Northwest in a 1977 VW Vanagon and later in a 12-foot 1986 Burro fiberglass travel trailer. “We’ve always been big into camping and enjoying the outdoors,” said Barbara.

Since October, they have traveled with their Tuxedo cat, Indy, cross-country seeing the sights and visiting relatives in Idaho, Wyoming, Colorado, Nebraska, Arkansas, Missouri and Illinois.

“Spending time with my cousins and aunt in St. Louis, was one of the highlights of the trip for me,” said Barbara, a custom seamstress. “As for attractions, I was fascinated by the ‘House on the Rock‘ near Madison, Wisconsin. It was amazing.”

Ron, a semi-retired excavation contractor, was drawn to the Chicago Museum of Science and Industry, specifically by the  WWII U-505 German submarine captured in June 1944.  “We got to walk through it. It remains in almost the original condition.” 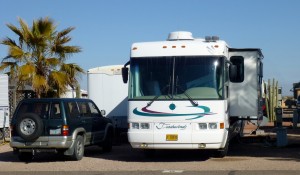 As for their traveling outfit, the Oregon couple recently purchased a 24-foot cargo carrier to haul their 1996 Trooper and also double as a shop/sewing space. Ron is acquiring an interest in wood carving and Barbara continues her custom sewing.