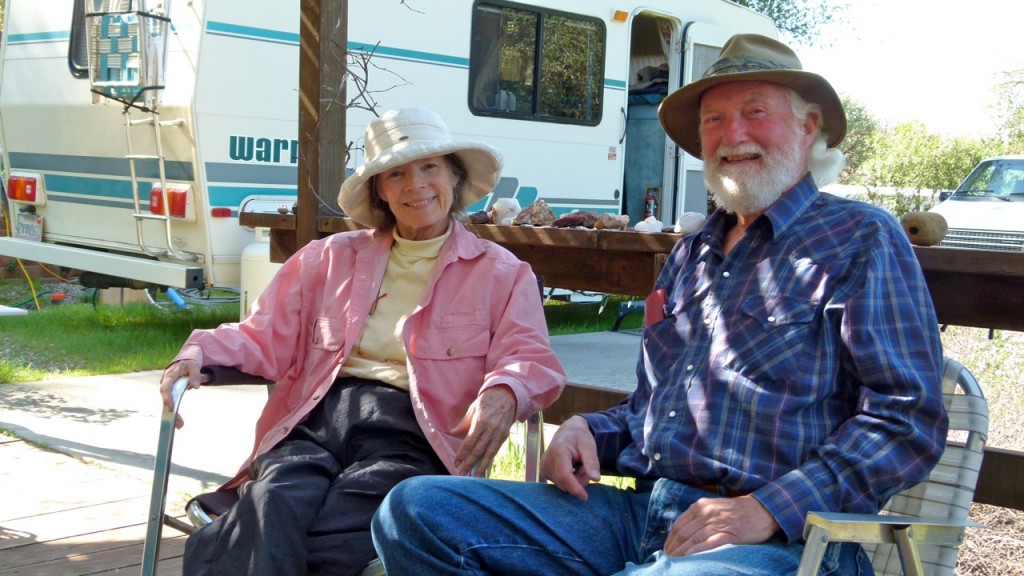 Margaret McNevin and Dave Danielsen lived just three sites up from us when we were members for a year at the SKP Park of the Sierras south of Yosemite National Park.

We first noticed them, however, before we became members. It was back in the fall of 2011 when we were visiting Park Sierra for the first time. Every morning we would see them, this elegant couple walking the park’s roads and “back forty” trails. 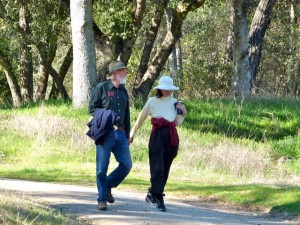 Who were they? She walked like a dancer. He carried himself like a stage actor. In my imaginings I had them as theater people or former college professors.

Unfortunately, we only had a few passing conversations during our short time that fall before Margaret and Dave were off on some adventure … and we were headed to the southwest desert and gulf coast of Texas for the winter. Not enough time to inquire about “their past.”

By the spring of 2012 when we became Park of the Sierra members we discovered to our delight that we would be neighbors with this “elegant couple.” What we learned over the course of time is that they are truly “elegant” people with sweet and tender hearts who love the land, and live and travel simply in a 1991 21.6-foot Toyota Winnebago Warrior that they purchased in 2002. They’ve taken many trips from their homebase in California … including as far away as Nova Scotia and Florida. Their little class C motor home has more than 135,000 miles on its engine. They’re still dreaming about the ultimate RV trip to Alaska.

As for their ‘past’ … it is rich and interesting … however the most important event is that they met in 1986 at a church singles’ group in the Bay Area. Every Wednesday night back then there was a singles’ hike and it seems Dave would always finagle a way to end up walking beside Margaret. Finally she noticed and took pity on him … they’ve been walking together ever since.