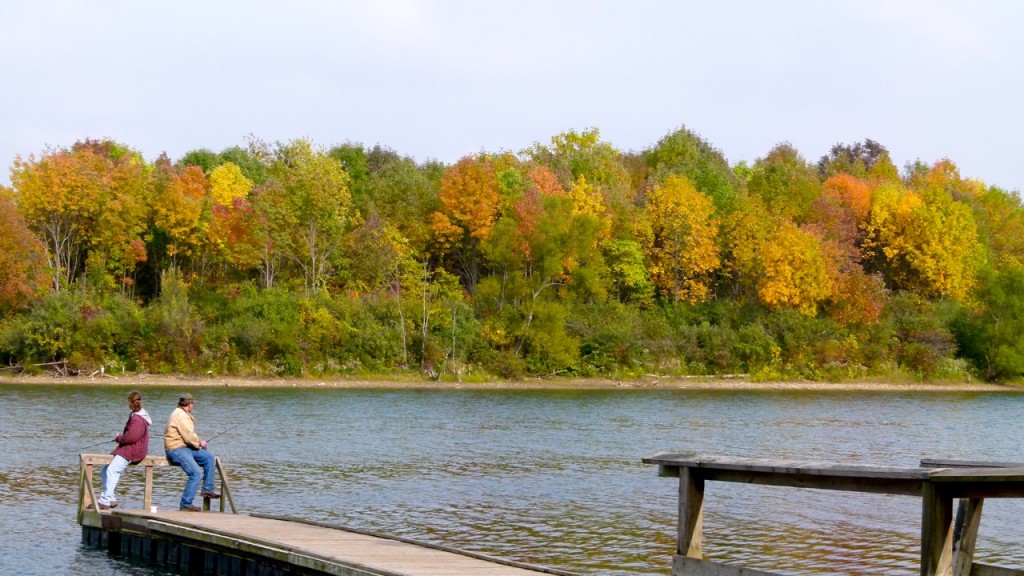 For the past two weeks on the road, we have not had to worry about such mundane challenges as “making a reservation” at a public or commercial campground. There was always plenty of room–and actually, about half the time we were the only, or nearly only, campers in the park. 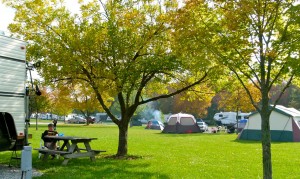 Because of the mild autumn weather, “the last of the season,” say most the locals at Indiana’s Summit Lake State Park, there were only a couple of the 125 sites available when we rolled in around 3:30 p.m. on Friday.

By 6 p.m. the park was a beehive of trailers pulling in and tents being erected. Leashed dogs and energetic kids were everywhere … all of whom were well-behaved and under the watchful eyes of parents and grandparents. We met a recent widow out for the first time since her husband passed and helped her attach festive lights along her awning (she rewarded us with an iced Bud Lite) … our camp site was literally surround by a church group and we were invited to share in a camp fire and roasting marshmallows … children ride their bicycles … elders play a form of bocce ball.

Saturday afternoon there was campground organized “football for all” with a kids punt, pass and kick contest. In the evening was a classic rock concert with Johnny Nevada and the Rockets.

For those of us who are just traveling through, it was a heart gratifying experience in middle-America.