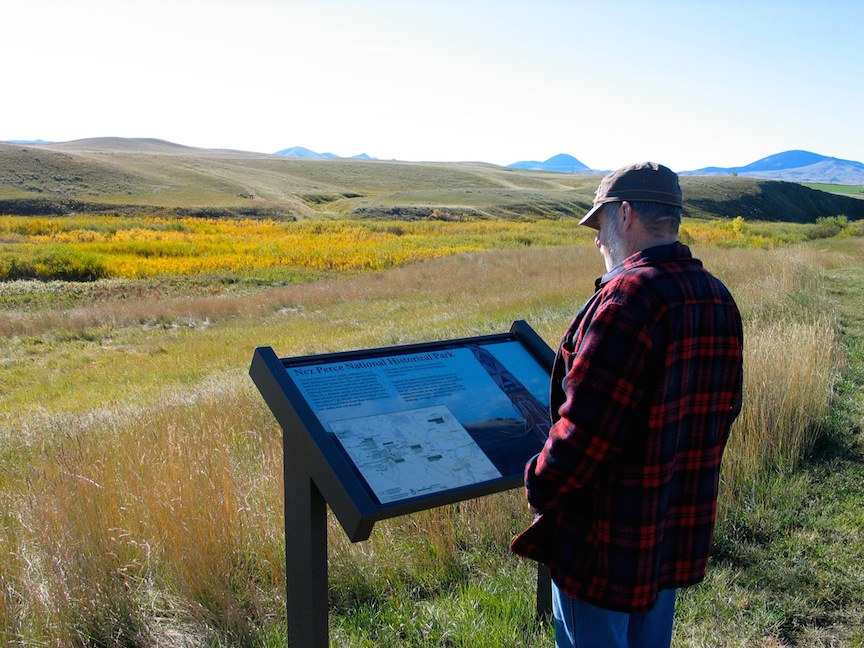 It was 137 years ago on Oct. 5, that Chief Joseph of the Nez Perce surrendered following the final battle of the four-month Nez Perce War of 1877 at the Bear Paw Battlefield.

“The 1877 flight of the Nez Perce from their homelands while pursued by U.S. Army Generals Howard, Sturgis, and Miles, is one of the most fascinating and sorrowful events in Western U.S. history,” according to the U.S. Forest Service’s Nez Perce National Historic Trail Webpage.

“Following the breakout of war in Idaho, nearly 800 Nez Perce (including elders, women and children) spent a long and arduous summer fleeing U.S. Army troops, first toward Crow allies and then toward refuge in Canada,” states the National Park Service’s Webpage. Nearly 100 died on the journey.

On Sept. 30, 1877, after traveling 1,170 miles through the mountains and only 40 miles short of the Canadian border, “400 troops and 50 scouts” surprised the Nez Perce encampment and attacked at dawn.

Following a five-day battle and siege in snow and freezing conditions, the Nez Perce surrendered their weapons on Oct. 5. “Some of the soldiers wrote in their journals that it was the coldest weather they had ever experienced,” said Bear Paw Battlefield park ranger Stephanie Martin.

It is recorded that Chief Joseph spoke the following words on abdicating: 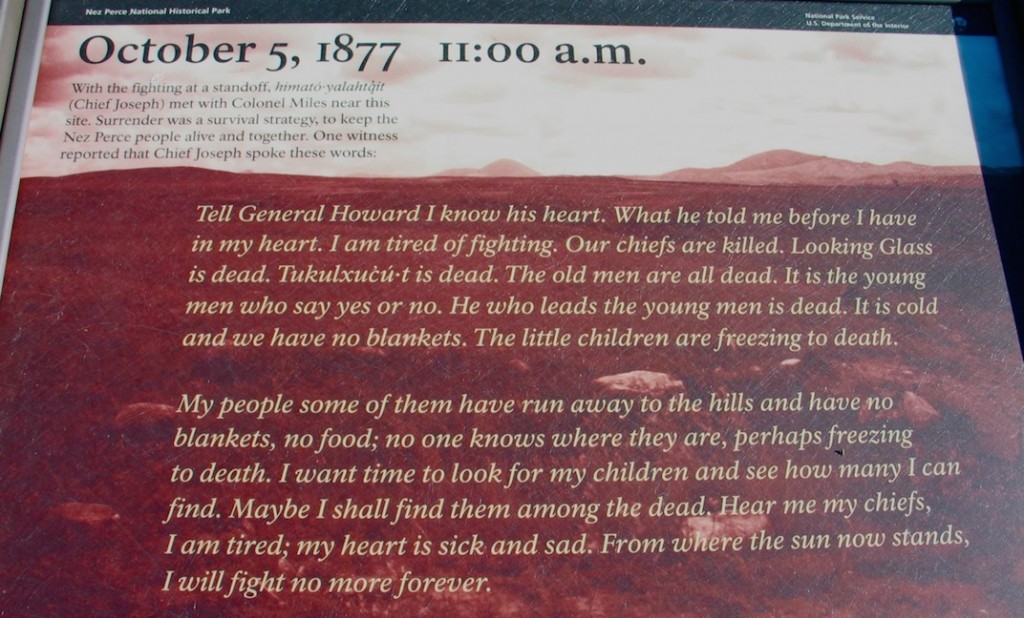 To reach Bear Paw Battlefield from Chinook, Mont., (on Hwy. 2) travel 16 miles south on Route 240.  Once there, walk the 1-1/2 mile self-guided trail to get a greater feel of this sacred site. There are picnic tables and vault toilets available. No charge.