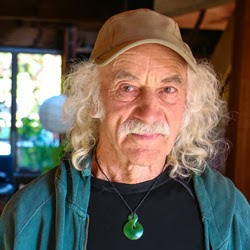 Lloyd Kahn, editor-in-chief at Shelter Publications, has come out with: “Tiny Homes on the Move” (224 pages, $28.95, 2014). In it are stories of 21th century nomads—-“people whose homes are tiny and mobile, and either on wheels or in the water.”

These are people who, either permanently or temporarily, have chosen to build and inhabit homes that move. Included in the book are: 8 vans, 8 pickup-trucks-with-camper-shells, 9 house trucks, 7 house buses, 23 trailers, 15 sailboats and 8 houseboats

According to Shelter Publications, some of the profiles are:

– Jim Bob and Candice Salazar, who sold their home in 2012 (no more mortgage payments) and now live full-time, with their two children, in a very spiffy self-remodeled converted school bus.

– In November 2011, Capuchine Trochet, a 30-year-old French woman, left Marseille in her small sailboat and, with no engine and no GPS, sailed 1,500 miles to the Canary Islands. 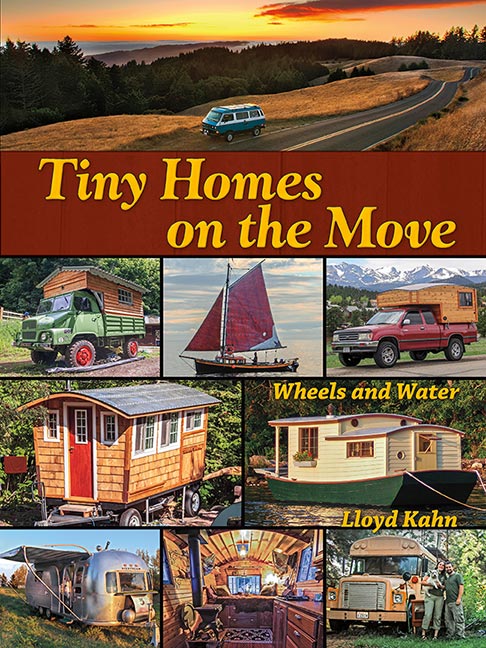 – Sisters on the Fly, a group of over 1,000 women who have vintage trailers and go fly fishing and horseback riding and sit around campfires in camp-outs, ” just us girls.”

– A 72-year-old Swedish sailor who is building a 10-foot sailboat and plans to circumnavigate the globe. He’s already sailed around the world solo. Further adventures of Swedish welder Henrik Linstrom (in Tiny Homes), sailing with his girlfriend from Baja California to the South Seas and then to New Zealand.

– A French circus wagon home on the road.
– Two ski bums (a couple) and their winter camper/home.
– The Moron Brothers, two good-ole-boy Kentucky bluegrass musicians who drift along the Kentucky River in a shanty boat, fishing, eating, telling jokes, and playing some really good bluegrass.
– Bruce Baillie’s 23,000-mile trip from British Columbia to South America and back on a 1969 Moto Guzzi motorcycle.
– Drew and Deb McVittie’s 35-year-old, 58′ long tugboat home in British Columbia.

As in Kahn’s Tiny Homes (2012), there are more than 1,100 color photos, along with personal stories and descriptions of the different rigs. A valuable and inspirational book for anyone thinking “outside the box” about shelter.

Shelter Publication has been producing books on owner-built homes for more than 40 years.