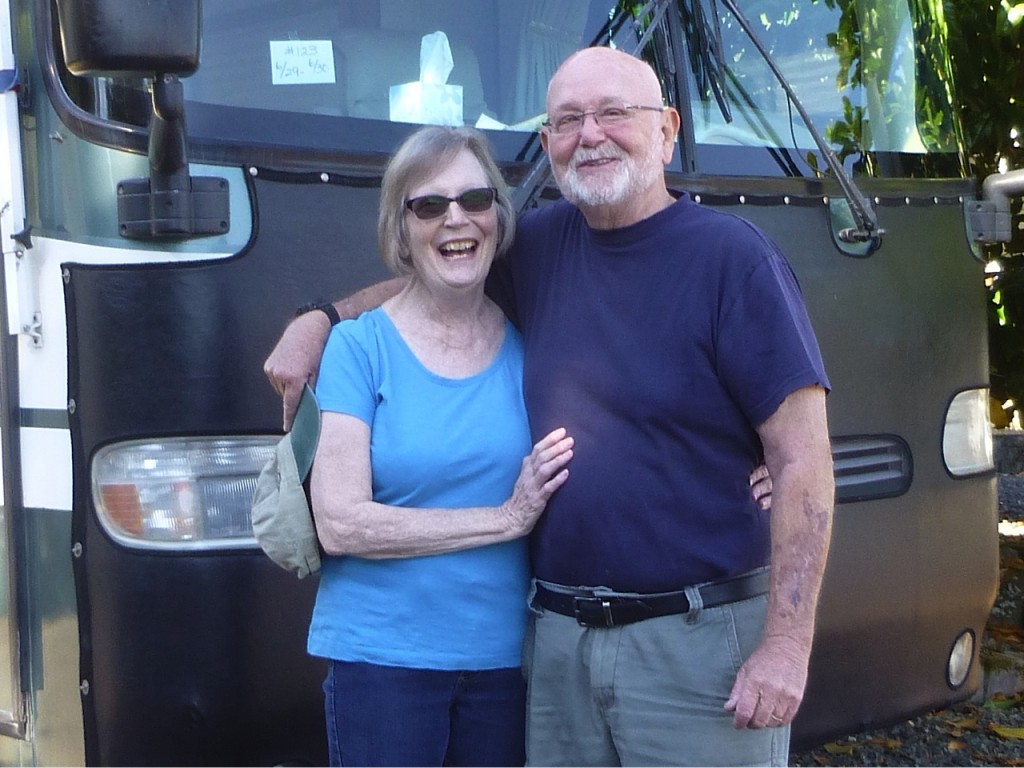 Longtime friends Diana and Jim Garot veered their 1998 Holiday Rambler Endeavor off I-5 in Southern Oregon to say hello to Jimmy and me, share some simple food, and visit for a short spell.

Up until May the Garots of Oceanside, Calif., had no travel plans for the summer in their 38-foot class A motor home. However, said Jim, “when the weather warmed up and other folks began to talk about their plans, the wanderlust took hold. It all starts with ‘it would be nice if’ and becomes a journey that you didn’t have any idea how it would work out.”

Jim and Diana knew they wanted to see their grandchildren–including a grandson completing a pharmacy internship in Portland, Ore.; a granddaughter attending the University of North Dakota in Grand Forks; and two other grandchildren back East.

In between, their six-week itinerary includes visiting Jim’s brother and family in Iowa; and camping stops to peer into the eyes of old friends in Oregon; Saratoga, in southern Wyoming; and Convict Lake Campground in the Eastern Sierra Nevada region of California. 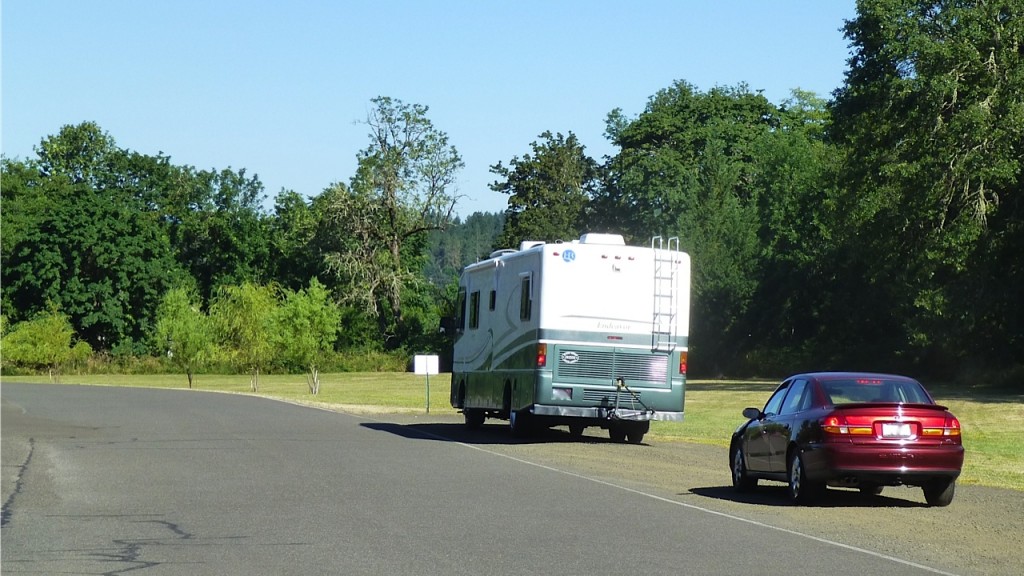 The Garots are no strangers to making this multi-thousand-mile summer road trip to visit family and friends. “That’s why we bought the motor home in the first place,” says Diana.

And, as veterans of the road they are also no strangers to an occasional, unplanned side-trip to a repair shop.

“We had to stop in Sioux Falls, S.D., at the Cummins shop to check out an oil leak that was covering my tow vehicle and the rear of the coach with oil,” reports Jim. “It turned out that we had a bad oil pan gasket and they were able to get it fixed that night. Very happy it wasn’t a more serious problem. They also let us park there overnight. This was the third time we’ve had work done there over the 15 years we’ve been RVing and they have always performed great work for a fair price.” This time they got away for under $900.

To read more on Diana and Jim Garot, click here.