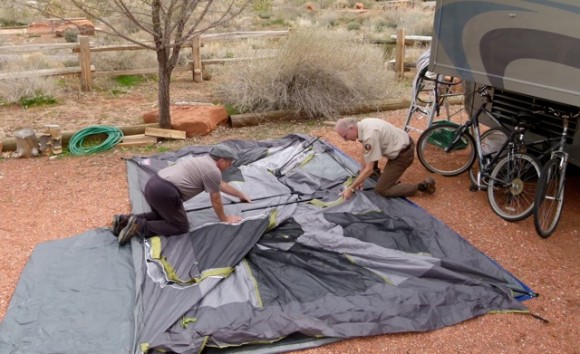 Camping at the awe-inspiring Zion National Park has given us the opportunity to catch up with full-time RVers Marilyn Russell and Bill Estes who are camp hosting for their second season at Watchman Campground.

Marilyn and I first met about half-a-dozen years ago at an RV Life on Wheels Conference in Moscow, Idaho. She was a solo RVer and I was tremendously impressed with her independence and guts in driving a 35-foot motor coach and towing a Jeep. She would soon retire from 44 years as a registered nurse and nursing instructor at Colorado Northwestern College.

About that same time, she met Bill Estes while RVing in Oregon. They were both solo camping at a state park when they were introduced by RV author Bob Livingston. 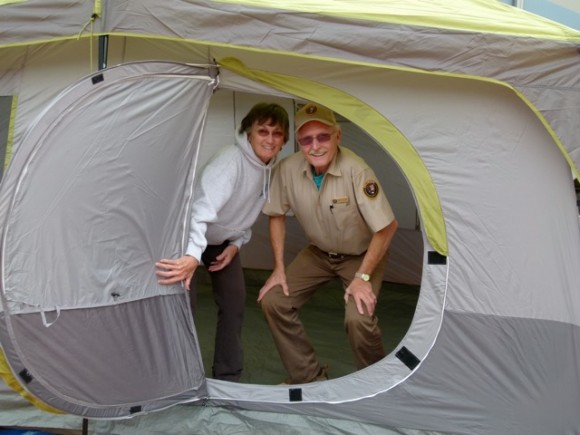 Bill was about to retire after nearly four decades with the Affinity Group as the Group Publisher for RV Publications. Among his many industry recognitions was being the first recipient of the Recreation Vehicle Industry Association’s Distinguished Achievement in Journalism Award in 1980. Prior to joining Affinity he worked at the Los Angeles Times.